If you’ve been following my blog for a while you’ll know I’m a big fan of our South West Western Australia orchids in spring time… and it’s orchid season now. It’s actually just a little bit early for the ones that I know best, but thanks to a local friend, Belinda, I’m learning more about orchids that come in late winter, early spring.

I had some time to kill today before my team play a big footy final tonight, so I figured a bushwalk would be just the thing, and I’d see if I could find some of these new varieties I’ve been hearing so much about.

I parked at a place where I could get my car off the road and go exploring.

And explore I did!

I didn’t worry about getting lost, or about snakes, or anything like that. I have a reasonable sense of direction in the bush, but the good part is I was walking in a place where I could always hear the sound of cars at the nearby road. Even if I’d got terribly lost I would have known which way to walk.

So, there I am, wandering through the bush… and lo and behold I came across this sign: 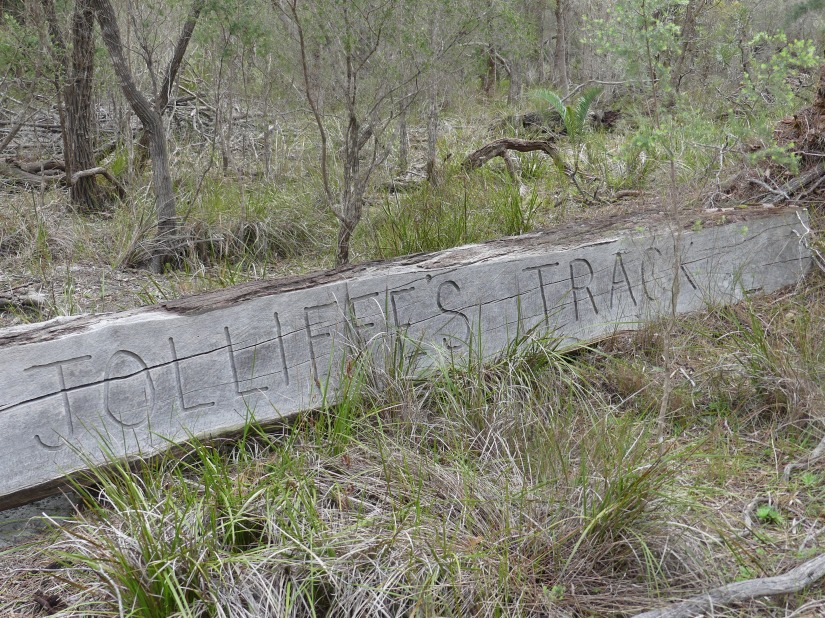 Now I know this family well… in fact, I really should have called ’em up and asked ’em to put the kettle on! So along Jolliffe’s Track I strolled, getting further from my car… till I started to think, you know, I really have been away from home for a while now, and I (stupidly) didn’t tell anyone where I was going. Actually, I told them I was going somewhere else entirely and then changed my mind as I was driving. So if I’d never returned home, not only would the Jolliffe’s have had a guest for dinner… my family would have been sending out the search party on Juniper Road…

I ventured off into the bush, happy that I could find Jolliffe’s Track again any time I liked, and it would lead me back to the car.

About then, I found this: 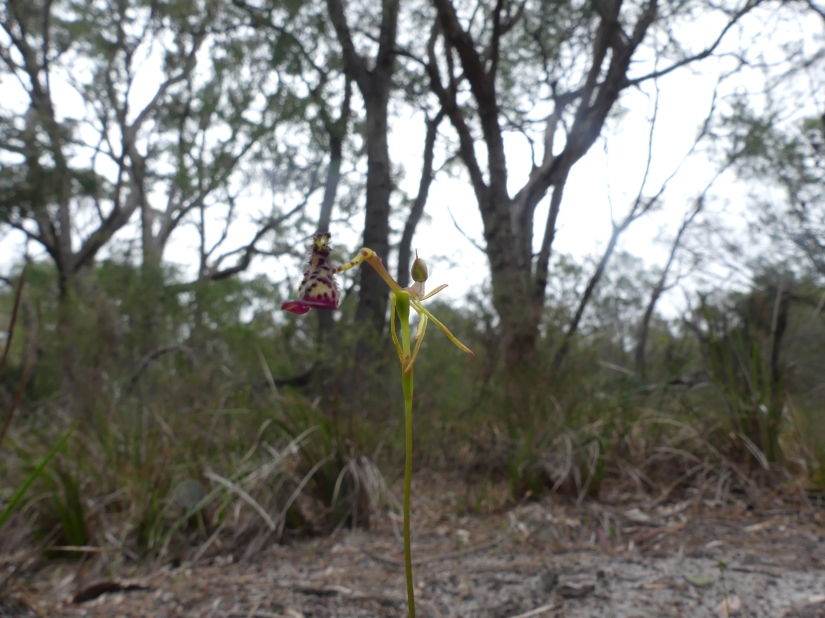 Eventually, I brushed myself off and headed back toward Jolliffe’s Track… lo and behold, I came across this sign instead:

Never fear. I’m sure it’s a great sign of civilisation if I just keep walking. I can’t be far from my car…

About then, I found this! 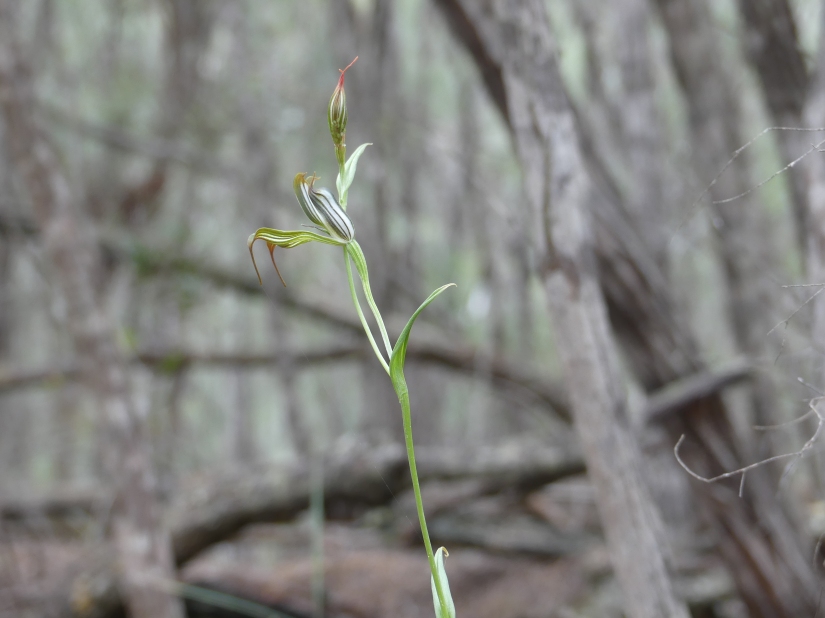 It’s another newish one for me – a jug orchid. Isn’t it cool!

Hmm… you know what? It’s a while since I heard the sound of a car… I wonder which direction my car is? And as the sky gets a bit grey and a few drops of rain fall… I can’t help the little voice in my head that says: “I hope the Butcher’s of the Butcher’s Track are nice people… and not like ‘The Butcher of Wolf Creek’…

Then I saw this:

and I’m thinking, well, they sound marginally friendlier than the Butcher’s… and I saw this and this: 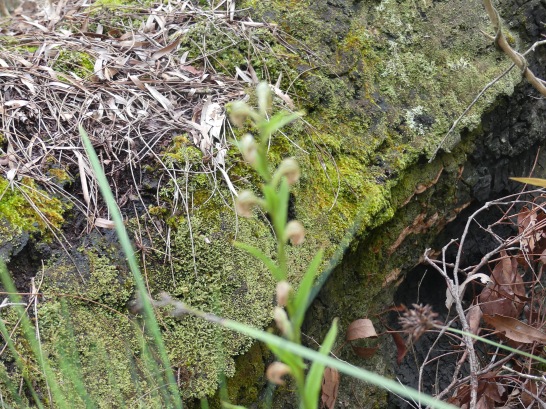 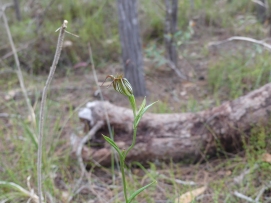 and finally, I saw this: 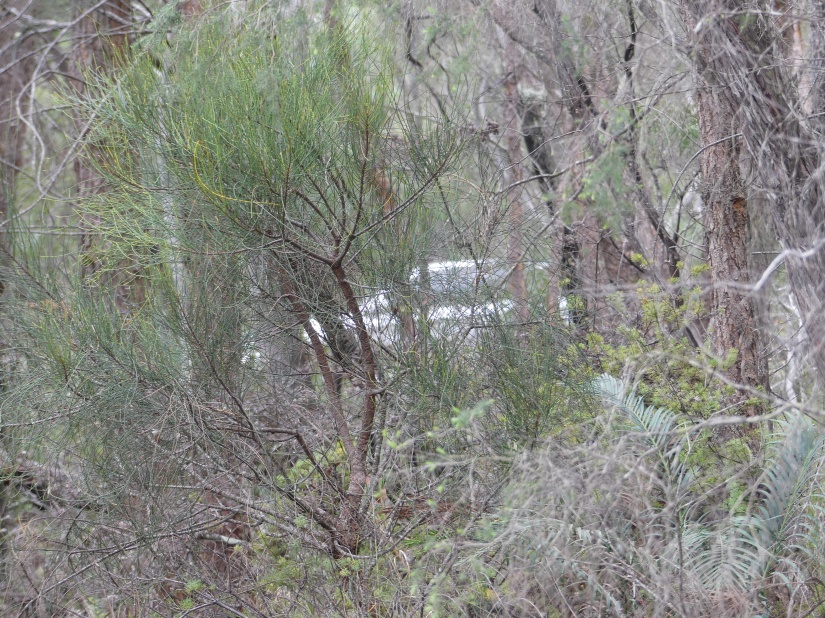 And I was home… with a lovely story to tell of my wandering day. And it was almost time for the footy.

View all posts by Lily Malone

9 thoughts on “Walking in a Wilyabrup Wonderland…”